Deciding when enough is enough when it comes to the knee pain, stiffness and lack of mobility you’re experiencing can vary from patient to patient. As discussed in our previous post [internal link], timing is everything when it comes to knee replacements as leaving it too late can have a significant impact on your quality of life. Yet, many knee osteoarthritis sufferers, particularly those in their 50s and even 40s, may worry that their knee replacement may wear out too soon.

A recent wide-scale study, however, has found that majority of knee replacements last more than 25 years – much longer than was previously believed. Carried out by researchers from the University of Bristol and published in The Lancet last year, the study reviewed 25 years’ worth of operations, involving more than 500,000 patients.

Dr Jonathan Evans, lead study author and research fellow at Bristol Medical School, said: “At best, the NHS has only been able to say how long replacements are designed to last, rather than referring to actual evidence from multiple patients’ experiences of joint replacement surgery.

“Given the improvement in technology and techniques in the last 25 years, we expect that hip or knee replacements put in today may last even longer.”

How long will my knee replacement last?

The study looked at data relating to both hip and knee replacements, of which there are approximately 160,000 procedures performed each year in England and Wales. They found:

The research was based on statistics gathered from the joint replacement registries in six countries which held at least 15 years of data; Australia, Finland, Denmark, New Zealand, Norway and Sweden. In the UK, our national joint registry data does not extend that far back, but the researchers noted that the results reflected the results from smaller scale studies of UK patients.

So, rather than waiting until pain, stiffness and lack of mobility becomes unbearable, these findings can give confidence to younger, more active patients that a knee replacement could be a viable option. During your consultation with Mr David Houlihan-Burne he will always discuss the benefits and risks of having surgery now or at a later date, as well as consider the non-operative treatments that could delay the need for surgery at this point.

WORKING WITH ALL MAJOR INSURERS 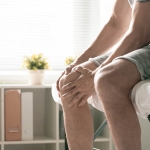 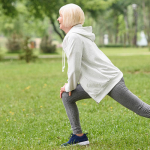 Importance of exercise in treatment of knee osteoarthritis confirmed by new...
Scroll to top
GET IN TOUCH